Remember when the town of Dillon wasn’t underwater?… Pepperidge Farms remembers. Dork Family Guy memes aside, Lake Dillon actually has a very interesting history. You may not know this but Lake Dillon isn’t a natural lake- It is man-made. Dillon Reservoir is its true name which began construction in 1961 to feed water to the growing population of Denver. Before construction began there was only one problem- There was a town in the way, named Dillon, I know- crazy coincidence, right?- where the reservoir is today. The town had already moved twice, this being the third, ultimately 4 times altogether. Other than the Utes, could you imagine having to move a whole town 4 times! After some negotiating with the local townsmen, plans were finally underway. Located 70 miles west of Denver, Lake Dillon is now an attraction for many outdoor enthusiasts in all seasons.

Whether it’s Winter, Spring, Summer, Or Fall, the lake and its area offers just about anything an outdoor lover would want. It’s surrounded by some of the most beautiful mountains in the world and not to mention world-renown slopes like Keystone, Arapahoe Basin, Breckenridge, Copper Mountain, Vail, and Beaver Creek- for you winter junkies. During the warm months, some of the slopes turn into downhill bike parks for adrenaline junkies like myself. You can pretty much do whatever activity your heart desires. There are amazing hiking trails around the lake which depending on the time of year you can either catch the flowers blooming or see the leaves turning colors. There are all types of events from concerts, festivals, and shows. You can grab a sailboat or even just float on a paddleboard to get that tan that’s been missing because of winter or Covid isolation… and float all that stress away.

But what many people come to Lake Dillon for, whether they are first-timers or pros, is the fishing, fly fishing to be exact. The lake is home to Brown Trout, Rainbow Trout, Kokanee Salmon, and Arctic Char. Cool story- the Char, normally found only in Arctic waters, has helped the reservoir become an angler’s paradise for several years now by fixing a mistake of overpopulating the lake with shrimp. The shrimp was eating the other fish’s food. In short, Less shrimp ultimately helped grow the population of the other fish and has been the most fruitful it ever has been. With 26 miles of shoreline, you won’t have a hard time finding a quiet place to cast your line and breath in deep some of that fresh mountain air and releasing that sigh of relief. Every year it’s stocked with approximately 50,000 rainbow trout and it’s the only public fishery, other than Maine, in the States- so landing a prize fish wouldn’t be just a dream, but a reality.

Now, if you’re like me who’s a Florida grown boy, who’s caught a few bass on the lakes, brought in some Mahi or Snapper in the Gulf, or just dragged your line for some catfish in the river- sorry, there are no gators to drag in the boat in Lake Dillon to drop in your friend’s pools and scare the dickens out of them in the morning- you may not have flicked a fly rod before. That’s ok, our team has you covered with a nearly year-round full-service fly shop, guided walk/wade, guided floats, and gear rentals for those comfortable enough to tackle the water on their own. Or just drop us a line, pun intended, and we can fill in the gaps from bait questions to the best hours to cast, to those spots where they’re biting 🤫, or just have questions about Wildlife Fishing rules and regulations. Because there’s nothing better than the peace and joy of the sound of nature at 432 Hz and cracking open a Rocky Mountain Juice from 105 Brewery, or tea, whichever brings you happiness 😊 and being on Lake Dillon with a fly rod in the other hand, and not have to worry about any of the leg work. That’s our job. 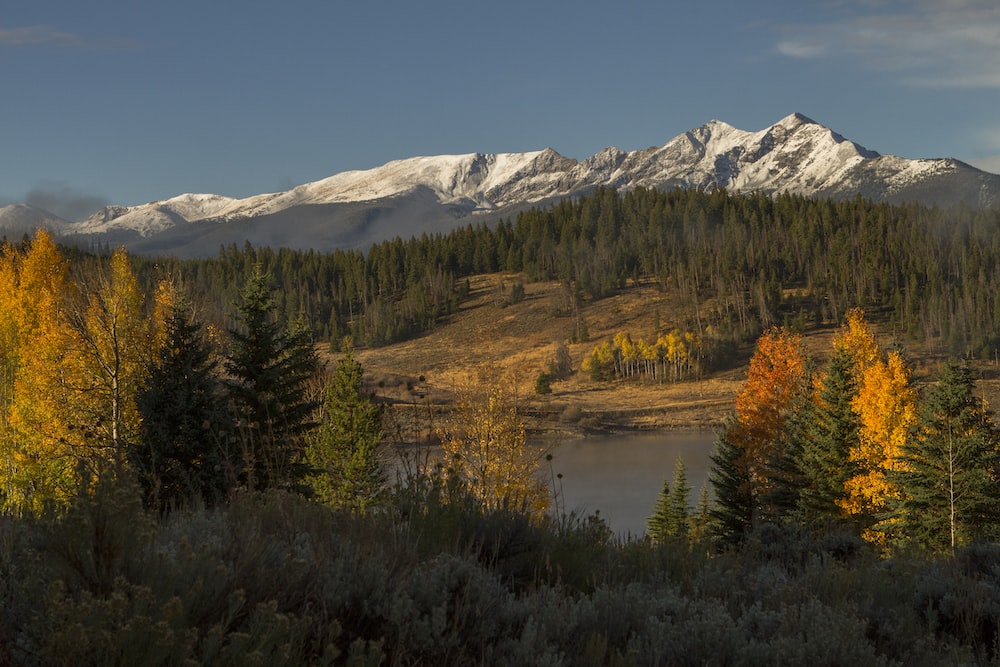